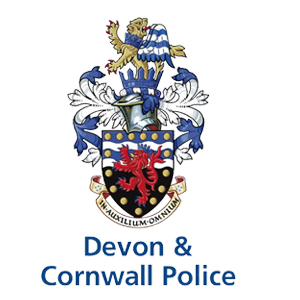 Helping put a stop to Environmental Crime this month

Throughout August CrimeStoppers are running a Rural Crime Campaign and today marks the start of an exclusively focused week (11-17 August) on Environmental Crime, which seeks to increase the number of reports from the public to CrimeStoppers of criminal activities.

Why are we supporting the campaign?

We are supporting the CrimeStoppers Rural Crime Campaign as it seeks to raise public awareness of the horrendous issues caused by waste crime. They’re criminal actions that can affect us and our environment, they have such a negative impact upon the rural areas that have become even more special to us in these recent times.

We can only target those criminals through our Area & National Enforcement teams, if we have good information, which we can turn in effective intelligence/evidence. By being a part of the campaign we hope to increase the reporting of waste crime that may be taking place in local communities.

Having the CrimeStoppers charity available to the public allows them to anonymously report environmental crime to us, without out fear of reprisals.

You can watch this short CrimeStoppers video entitled One Gang, many rural crimes which highlights that criminals operating in rural areas may be involved with a variety of offences such as drugs, violence and modern day slavery for example.

Who is involved in the campaign?

The campaign is supported by a number of partners that we work with on a regular basis including the Police, NFU, RSPCA, Countryside Alliance, CLA, Angling Trust, NWCU and FireStoppers.

Look out for our daily EA environmental crime blogs

From today, we will be publishing a daily environmental crime blog on the CrimeStoppers website in support covering a variety of topics including Exports, Rural Waste Officer, Enforcement Team, Intelligence & Partnerships, Misdescription and Joint Unit for Waste Crime.

The seventh and final blog on Tuesday 17 August will feature Malcolm Lythgo, Head of Waste Regulation, where he will discuss Regulatory Reform.

Speaking about waste crime Malcolm said: “Waste crime affects all of us, costing the UK economy £1 billion a year. Often those in rural communities witness persistent incidents of fly tipping and illegal dumping where roads are quieter and CCTV is lacking. The Environment Agency is committed to reducing waste crime and stopping criminals operating in the waste sector. Reform of how we regulate the waste sector is coming, and we aim to cut off the supply of waste to illegal operators in the first place, digitally tracking waste from creation to final disposal.”

How can you help with the campaign?

The CrimeStoppers charity use the branding of ‘Speak Up. Stay Safe’ and ‘100% anonymous. Always’ and it’s this message that we want to amplify to the public.

If you have a Twitter account please re-tweet the national EA messages that will be published this week in support of the campaign.

With your help we will be able to get the message out to the public that we need their information to help us target the waste criminals, which in turn will help the environment and help us to create a better place.