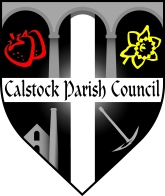 Red Planet Pictures are filming in Calstock around The Adit and Fore Street for a new BBC drama series called “Beyond Paradise”. Filming is due to take place between Monday 10th and Thursday 13th October 2022. Calstock Parish Council is pleased to support this work which is a compliment to the wonderful place that we live in.

There will be some disruption in the Adit and Fore Street because Red Planet will need to set up cameras etc but access on The Adit and along Fore Street will still be possible as equipment can be moved quickly and easily.

To facilitate their work here, Red Planet will need to park some of their  technical vans as close to the filming as possible. To this end Calstock Parish Council has agreed that they will be able to use the top seven places in the Adit Car Park from the Social Club to the gate. The two disabled spaces and the parking spaces opposite the allocated seven will not be used by Red Planet who will park their other vehicles where they can find space in the main car park.

We are therefore asking that you leave the 7 spaces at the top end of The Adit Car Park empty by 8pm on Sunday evening, 09 October 2022.

We understand that this will cause inconvenience to car parkers in Calstock but we want to support the filming as we did for the filming of Delicious and for the recent filming at Calstock cemetery for the Great British Dig. Red Planet are being charged by the Parish Council for this service. That money will be ring-fenced for use in Calstock.

Many thanks for your cooperation

If you have any queries or problems please contact:-