Sewage in the Tamar: what is South West Water trying to hide? 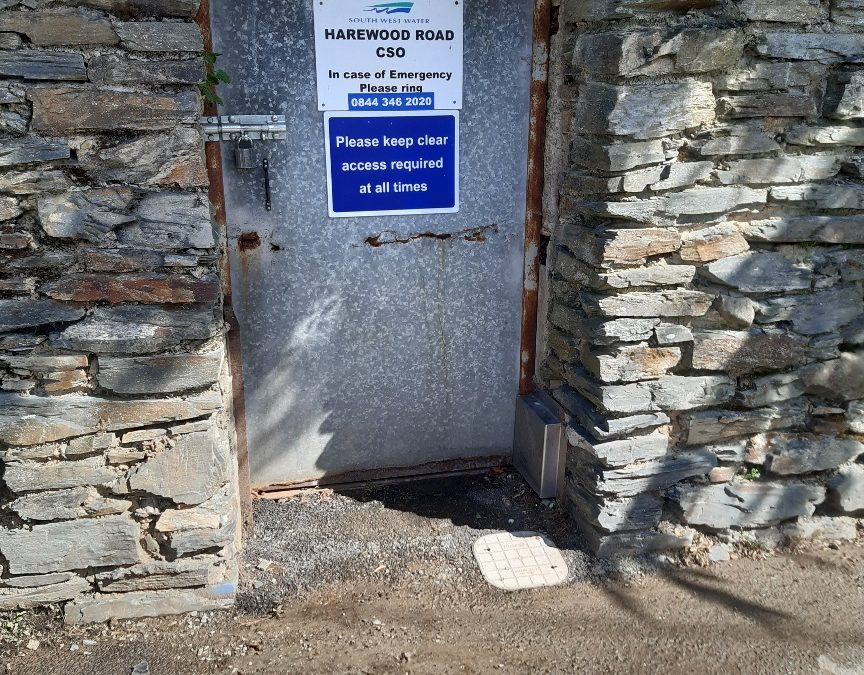 South West Water has used a gagging clause in the freedom of information regulations to prevent Calstock Parish Council from having data about the sewage that they discharged into the Tamar in 2021.
There were over 1,000 sewage spills into the Tamar in the Parish lasted for a total of 12,951 hours from South West Water’s 13 combined sewage overflows. These are designed to allow spillage into the river at times of heavy rainfall to prevent sewage backing up into homes and on the streets.
The Council wanted to check whether all those hours of spillage were really happening only during excessive rainfall. Cllr Andrew Brown said, ‘The Environment Agency had no problem about giving us the rainfall figures for 2021. We know exactly how much rain there was every 15 minutes during the year.’
The Council then asked for the same detail from South West Water on when exactly all the 1,117 spill events occurred. This would enable them to match the rainfall data with the spill events to see whether they were all really happening when there was heavy rain. South West Water refused on the grounds that OFWAT, the water industry regulators, are investigating the use of overflows and that there is a risk of ‘undue influence’ if they release the information. They told the Council that this risk outweighed the public interest in having this information.
However, the rainfall data for Gunnislake obtained from Environment Agency showed that in 2021 there were only 43 days when there was significant rainfall for a total of just over 30 hours. SWW spillage data for Gunnislake alone records 100 events resulting in 1690 hours of sewage discharge into the Tamar. This is a huge discrepancy.
Cllr Alastair Tinto said ‘there is a massive public interest in having this information. We have just carried out a survey of Calstock car park to see why it floods so badly – one of the most concerning findings was that raw sewage was seen in a storm manhole cover, the chamber of which discharged directly into the river! Every user of this car park is entitled to know how much and how often sewage is going into the river and perhaps also into the carpark.’
The Parish Council has applied to DEFRA to get a Designated Bathing Water Status for the Tamar in Calstock. Councillor Richard Newton Chance, who is heading up this application said, ‘our surveys for this application showed just how many people use the river for swimming, sailing and canoeing. They deserve to know how safe their water is.’
Cllr Wakem, Chair of the Parish Council, said “this refusal to co-operate with our requests is very disappointing. What are they trying to hide? We will continue to pursue this request for information and to clean up our River for the sake of all the people who use it. We have a busy waterfront used by children and adults. We have a rowing and gig club we also have a number of moorings and a pontoon which is used by many visitors to our village. Sewage is toxic – to people, to wildlife, and to the environment. We don’t want it in our river, or any river.”